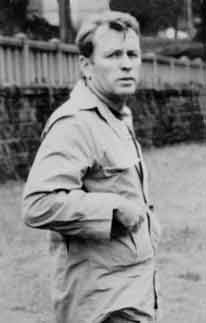 Ever the inventor, Stevenson devised a battery-operated armpit cooler to help nervous salespeople avoid sweating. When he noticed that saltwater naturally slicked down hair, he came up with a saltwater-based hair spray.

Upset by rising home prices, Stevenson teamed with a structural engineer to develop an easy-to-assemble prefabricated house. Introduced in 1981, the Lifehouse was a 640-square-foot structure that was made to sell for less than $13,000. The house was used in disaster areas, according to Feigel.